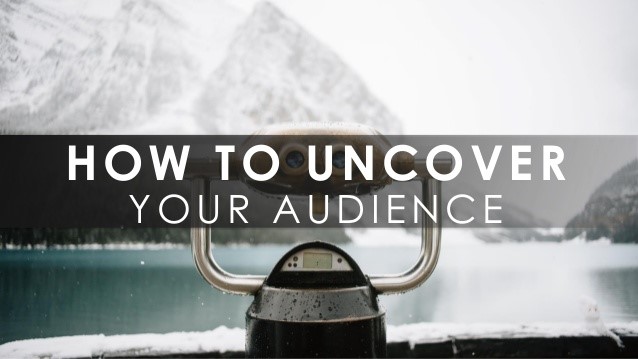 Audience insights is a commonly used term which encompasses the ability to understand the inner motivations and emotional needs of the audience. An insight isn’t just simple descriptive demographic data, such as age, sex or income. It also is able to provide a key piece of information regarding how the audience resonates in relation to the product or service offering, the brand and the brand’s efforts. An audience insight should be able to address two key components:
1. Give an easy summary which explains the audience’s identified needs
2. Identify the key problem the audience is facing when they are trying to fulfill the need.

A great example of clearly addressing the two components of audience insights is The Truth campaign which was built on one very clear insight. The leading thought of the campaign was the knowledge that most American youth who smoked cigarettes felt motivated to do so because they wanted to rebel against their community and the system. The campaign played the rebel card as well and challenged youth to question how truthful the big tobacco companies are. This campaign is known as the one that changed the way anti-smoking campaigns have been done ever since because it completely flipped the way audience perceived smoking.

Another great example of such a campaign is Coca Cola which recently decided to run a campaign titled “Share a Coke”. Each country got its own customized bottles which were tailored to relate to the country’s local culture and language, with the most popular names in each country printed on the cans. The reason why Coca Cola started the campaign in the first place was because after conducting market research, they realized teens weren’t resonating with the brand. They felt the brand was iconic but wasn’t talking to them directly. This way Coca Cola established a clear personal connection with the audience. They saw measurable results, with sales going up 2% which increased consumption from 1.7 billion to 1.9 billion servings per day during the campaign period. Really powerful campaigns usually come from one clear insight which then defines the whole advertising effort. A great example of a social campaign led by a consumer product manufacturer is Always’ campaign titled #LikeAGirl which since became famous for its success. The campaign was originally introduced in 2014 and served to introduce Always as an ambassador for female empowerment and social change. It all happened after Always took advantage of the insight that 49% of girls feel scared of failing which leads them to avoid trying out different things. Always started the campaign on social media and encouraged girls to keep going #LikeAGirl. The reason the campaign worked so well is that it had a clear empowering message and spoke clearly to the target audience. The campaign managed to change the perception of the phrase “like a girl” for 70% of women and 60% of men.

To successfully make use of audience insights, a firm doesn’t have to have a multi-million dollar marketing department. Smaller firms can focus more on the tangible data to drive initials success. This data can be collected by Google Insights or Facebook Ads and includes demographics, page likes, activity, household analytics, and purchase patterns. Facebook provides a large amount of data as part of their audience insights feedback, allowing the company to create a buying profile of their target demographics. By understanding and knowing all the specifics of the target demographics and their needs, the company is able to create highly targeted Facebook ads. A very similar tool is also offered by Google called Google Analytics Premium which enables the company to understand their audience and unlock customer insights. These insights lead to boosted performance across search and display. Google claims that by using their Premium feature, the companies are able to lock visitors with non-branded searches which have a 65% higher conversion rate and 58% higher revenue/transaction. All of this leads to about a 50% decrease in the cost/transaction for the company.

Today, the leading concern for companies is minimizing their advertising costs while still making an impact on the audience. A shocking 11% of companies still aren’t exploring their audience insights at all. Understanding audience insights allows companies to save up to 32% when it comes to cost per action. Some companies also experienced incredible digital success because they exploited simple audience insight metrics. The best example of this is Clark who achieved a 7 times higher conversion rate by only customizing their copy based on past purchasing behavior.

Audience insights made simple can be achieved in six simple steps: